Her major research interest is in the methodology of outcomes assessment and its application in clinical research. Specific areas of interest are radiographic scoring methods in rheumatoid arthritis, psoriatic arthritis, and spondyloarthritis, as well as scoring of magnetic resonance imaging in spondyloarthritis.

Professor van der Heijde was the Chairperson of the Assessment of SpondyloArthritis international Society (ASAS) from 1995 to 2012. She was the Chair of the EULAR Standing Committee for Clinical Affairs and the ACR-EULAR liaison officer between 2011 and 2019. She received the prestigious Carol Nachman Award for her scientific contributions to rheumatology in 2011, a doctorate honoris causa from the University of Ghent in Belgium in 2012, and the Jan van Breemen medal in 2017. She is an honorary member of EULAR.

Professor van der Heijde has published more than 1000 papers in the international literature, as well as chapters in leading rheumatology textbooks. She is associate editor of the Annals of Rheumatic Diseases. 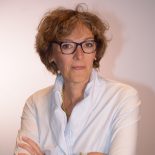 BE MOBILE 2: Bimekizumab in patients with active ankylosing spondylitis

Any cookies that may not be particularly necessary for the website to function and is used specifically to collect user personal data via analytics, ads, other embedded contents are termed as non-necessary cookies. It is mandatory to procure user consent prior to running these cookies on your website.

Analytical cookies are used to understand how visitors interact with the website. These cookies help provide information on metrics the number of visitors, bounce rate, traffic source, etc.